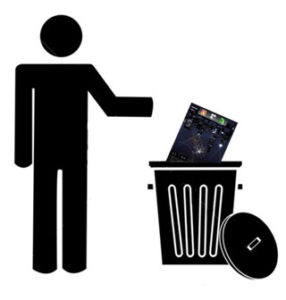 I’m behind in my app reviews, to the tune of five pages worth of them on my phone. So it’s time to review and get rid of the stinkers, definitely.

Do live wallpapers count as apps? Well, no, but some are worth a warning when you learn a lesson from having one on your phone. For instance, get rid of that “2011 countdown” New Years Eve exhibition of noisy fireworks that goes off every 5 minutes whether you like it or not, whether you want it to or not and especially before you’re the new kid in the office being shown around by your Supervisor. The Supervisor laughs and says it’s “cute”, but they are secretly filing the information away to put on your eventual pink slip, trust me.

Do I speak from experience on that one? No, of course not.

Who the hell put all these default apps on your and my phones anyway?!? Do I really have time for “The Sims 3”? Uh, NO. Let them riot and starve and die in their make-believe city because I neglected them…better yet, I’m just going to reject them outright and throw them in my virtual trash can, which, by the way, is not an app, but boy, does it come in handy!

Maybe they’ll find some virtual psychotherapist in there to help them get over the trauma of me rejecting them.

Nope, hate to break it to you, reader, but all this crud clogs up our phones because these developers stormed Samsung’s and Apple’s offices and bribed, begged and/or threatened these phone manufacturers to put their junk into your pocket. It’s certainly not there because we want it all or because they want to see our smiling faces as we play these mindless, senseless games as the nice traffic officer writes you a ticket on the side of the road. Oh and that reminds me, April is crack down on all those idiot driver, Lords of the Sims wannabes.

So if you’re in the San Fernando Valley, take my advice and bury that damn phone so deep in your pocket you can’t hear it while you’re driving. Again, do I speak from experience? YOU’RE DAMN RIGHT I DO!!! Don’t answer it – it’s only another twitter alert for the release of the 50th trailer for the new season of Doctor Who. It’s only another 16 days, 5 hours, 17 minutes and 2 seconds…CAN’T YOU WAIT THAT LONG, PEOPLE!?!

This site uses Akismet to reduce spam. Learn how your comment data is processed.