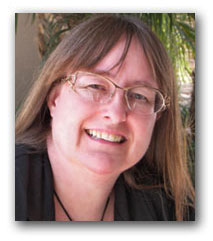 Beginning Week 4 after my diagnosis of Osteoarthritis, I am finally sitting down to write about how things are going. The month of October overall has been difficult and painful, but not as bad as when I first started treatment with my new chiropractor. The first two weeks were rough, the first week itself was hell.

To be fair, I am not blaming my chiropractor in the least for this. I have A LOT of inflammation in my joints & body due to the arthritis and this condition has been going on for YEARS. I knew from what he told me that correcting it would be painful, I was just not prepared for HOW PAINFUL and troublesome it would be in my foot.

I was warned to ice the sore spots down after each visit. I did, especially after that first treatment. But getting up and going to the bathroom that first night nearly landed me on the floor. The pain in my right foot was beyond excruciating. I turned around and went back to bed for a minute to lie down, take some Ibuprofen and take a breather. I literally could not put any pressure on it whatsoever, even hanging on to handholds the entire way there.

To understand why this was, one has to understand the condition with my right foot. I imagine your big toe looks more like a thumb, jutting out at nearly a 45 degree angle to the rest of your foot. Pretty weird, right? It wasn’t always this way, slowly growing more and more aberrant since my 30th birthday. This has the added complication of making standing more than a few minutes in place very painful. Despite this, the severe pain was in my ankle and in the bend at the top of each foot where it connects to the leg. According to my chiro, this is one of the most important joints in the body.

Somehow I got to the bathroom and back, accompanied by much internal and some external cursing. That first week and a half I was on near constant amounts of Ibuprofen every day without fail. The level of pain sapped my energy so that the first 2 1/2 weeks I got work and networking done just barely. Every day I came home and straight to icing down whatever was hurting, then to bed. I only got a break and saw some energy return late last week.

From the first visit I was warned not to sit on recliners, rocking chairs OR the sofa. That last was a big blow. My favorite place after work to sit was on the sofa to relax a few minutes and when my husband came home and where we watched t.v. at night. The most frustrating restriction, however, was that I can only sleep on my back, not my side. I was warned that it would “undo” the work my chiro put in on my visits. The first few nights trying to stay on my back was damn-near impossible and except for a few ten-minute segments of doing it to relieve the discomfort, I mostly stuck to it. It’s easier to do now, but I still try it for a minute or two until my hips remind me how much it hurts.

I will get more into what is going on in my body that was making me so miserable, what he is doing to adjust me and our plan of treatment.

If you know of someone with Osteoarthritis, please share this article with them and follow what happens in future posts. Thank you for caring!

The conversation I thought I’d never have

“Fine, I guess. Hey, I have a question for you…has anyone in our family that you know of had osteoarthritis?”

This was the conversation I had with my sister last week, dropping the unpleasant new that I had been diagnosed with something I never even considered I would get – osteoarthritis. Her reaction has been common among those I’ve told about my newly discovered condition and were unfamiliar with it – shock & questions. And while many are unfamiliar with it and unclear on what it does to the human body, I at least thank God that it wasn’t something more deadly. While that part is good news, now I am saddled with the task of learning about what I have and how to live with it.

This story does in part have to do with networking. For years – at least 12 – I  went to the same chiropractor. He was fantastic, he always helped me and everything I thought was fine. At least it was until about a year and a half ago when suddenly his adjustments weren’t holding like they used to. It took a few months to realize what a problem this was as I was adjusting what I did to try to compensate – upping the calcium supplements, being more careful lifting, wearing my pelvic brace more often, etc. I adapted, but nothing was working.

Then a year ago my ancient car suddenly couldn’t make the trip to his office in Glendale anymore. So, out of necessity car-wise and because it really did seem like I needed to, I started hunting for a new chiropractor. I found one in a networking group I was in, but they had even worse luck trying to keep my back in place.

Was it just that I was getting old or was there something else going on? I had to find out.

Through my networking at local events this past September, I found a new networking group and joined. I quickly discovered their chiropractor is different. He’s interested in helping me heal, not just maintain my spine’s stability, which obviously was no longer working. Going on a hunch backed up by many years of practice, he sent me out for x-rays on the first visit.

That’s when they found it.

A networking lesson from all this

Networking effectively requires a bunch of different skills. Among these is an openness to change up what one is doing in order to either increase our business and/or adapt to the changing marketplace. Humans are creatures of habit to which change is instinctively both alien and even threatening, but without change we fall prey to the saying, “Evolve or Die”. If I hadn’t changed networking groups in an effort to generate more business, I never would have discovered a chiropractor that took the time to figure out why the adjustments weren’t helping anymore. The Evolve or Die  – or in this case, “Evolve or Suffer” lesson proved its worth in my business yet again.

But what about the Osteoarthritis?

You may wonder why I’m not telling you more about Osteoarthritis at this point. Well, it’s less than a week into the diagnosis for one thing. And though I’ve asked many questions and gotten some answers, my chiropractor has a plan of treatment we both agree on. But other than that, there isn’t much to tell after only two adjustments and five days.

I could have waited until I knew more, or even if this treatment would work, but quite a few people have asked me to keep them informed of what happens. They too apparently have a personal interest in the disease. That told me I needed to chronicle this part of my life not for me, but for everyone out there whose lives it could improve.

From here I will keep you all up to date on what happens and what treatments work and what doesn’t. I will also give you more background on other issues that complicate my situation. While they are rather personal, you need to know because every body is different and every case of osteoarthritis is affected by that in turn. It is my hope that in sharing this knowledge I can help more people not just live with osteoarthritis, but actually beat it for as long as is humanly possible.

If you have osteoarthritis or know of someone who does, please share their experiences in the comments section. I will reply to everyone and we will find the answers together.